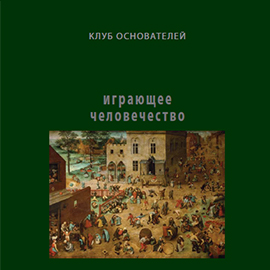 The entire described human history has war as its main content, expansion and competition of peoples and states. Is it possible to get out of this vicious circle of endless struggle?
The world expert community has long been discussing the problem of the inability of existing institutions of global governance of the world
community (UN, UNESCO, World Bank …) to address emerging conflicts and respond to new challenges. Migration crisis, wars in Syria and Ukraine, climate change and many other things are not allowed within the framework of existing world architecture. According to many researchers, for example, the famous physicist S. Hawking, humanity came as never close to the threshold of self-destruction. To move away from the dangerous line, the efforts of the entire world community are needed, but how to achieve this in the world, torn by contradictions, no one knows. The most discussed decision is the world government. But this is the transfer of old local methods of control to another more complex object. Having created a world government, we will create new problems and exacerbate the old ones – sovereignties, conflicts of interests, the struggle of civilizations, the incompatibility of value
communities, forms of representation, the use of violence to fulfill solutions, etc.

The UN is the format for representing the interests of individual states, but not humanity as a whole. Humanity, as a single meaningful whole, does not exist yet. The United Nations is doomed to live by a struggle of interests, in which the rich and the strong win. The very ideology of the priority of national interests of individual states by definition is not suitable for thinking by the globe and humanity. In addition, many new global players have appeared, such as transnational corporations, global networks, active outside territorial communities … and their interests or values ​​do not coincide with the interests of states. The idea of ​​the existence of universal values ​​also is greatly shaken. The mass emergence of terrorists- suicide bombers made doubtful the assertion of unconditional value for all human life. What is instead of this idea?

As in its time, the Club of Rome fixed the problem of the finiteness of natural resources and for half a century set the ideology of seeking such a public device, which could solve the problem of the survival of Mankind in
conditions of limited resources, so we fix the problem of the limited ability of modern communities to think of ourselves as a single whole, Mankind. The resource of co-thought still needs to be created.
Apparently, at the level of rational logics of European civilization the problem is not only solvable, but can not even be understood. Many pictures of the world, the logics and languages, traditions and cultures of the people of the world are not correlated in any of the existing discourses – one must create a new one. And we think that the game is one of the possible tools. The game allows co-creating and experiencing something else, something that has not happened yet. We try in games and their reflexion, in co-conversations about humanity, to find approaches how one can think of humanity – in what notions of time, order, reasons and limits … The collection is devoted to this – how to think the compatibility of a single humanity, including all living and all lived. Perhaps, for this we must abandon a lot of unshakable truths of our civilization about equality, justice, common future, common time – or greatly revise their content. The collection was the result of the work gained from our two seminars – the Foundation For Future project and the Founders’ Club in 2013-2016. In it, we are only just starting this topic and try to raise questions for the following discussions.