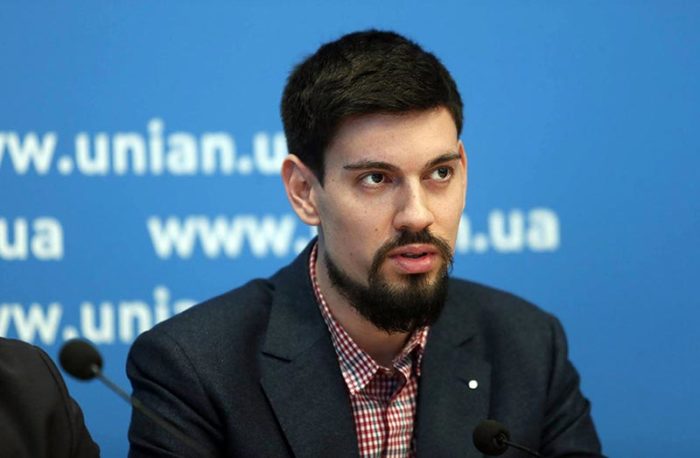 The earliest form of voting, which was a method of showing distrust in the heads of the polis in Ancient Greece, is considered to be the birth of democracy. At that time, the ones with the right to vote were only male landowners, who constituted the minority of the population and usually were the patriarchs of a family. Aristotle himself had warned against extending voting rights of the poor population, as he thought they would have divided and wasted everything.

In 1776 in the USA, voting rights were given only to white males older than 21. From 1870, to males of all races, but with restrictions regarding literacy, considering that at the time education was available only to the minority of people. From 1920, women also were given the right to vote. For example, in Switzerland women received the same right only in 1971.

After the Second World War, and until 1964, payment of a poll tax was a prerequisite to the registration for voting, which restricted participation of the poor. In 1965 the literacy tests, required for prospective voters was abolished. In 1970 the voting age was lowered from 21 to 18.

It could reasonable be argued, though, that till the middle of the 19th century there had been objective reasons behind the unequal distribution of democratic rights. On one hand, resources were not enough to provide even minimum level of general education. On the other hand, equal distribution of resources would have led to a slowdown in general progress and would not have brought any improvements to the average person, as everyone would have become equally poor. The progress demanded concentration of the scarce resources in the penetration points, and that is what the elite had been doing.

Fortunately, times have changed, illiteracy and abject poverty are now mostly resigned to history, but there are still accusations against society. Nowadays these accusations refer to manipulations of the media, consumer mentality, irresponsibility etc.

In the 21st century, the combat thickens around the last barricade – direct democracy, which neutralizes parliament conspiracies, ”tame parties” and the choice without a choice while voting for widely promoted political brands.

From IV century referenda became common institution in Australia, North America, France and Switzerland. From 1919 until 1991, referenda were a frequently used instrument of direct democracy in European, North American and other countries of the world where the procedures have been developed. Referenda are considered the highest form of direct democracy and since 1991 have been applied at the extra-national level.

In Switzerland referenda originated in the cantons which opposed the governments usurping the citizens’ freedom. In 1802 the first nation-wide referendum had taken place, where the second Constitution of the Helvetic Republic was approved. From 1874, the Constitution had cemented referenda in the political system of the country. Nowadays, it is stated in the constitution that ”the highest legislative power” in the Swiss Confederation is held by the people.

In the USA, the institutionalization of referenda started to be applied under the influence of the Jean-Jacques Rousseau’s people’s sovereignty theory.

The first constitutional referendum in the USA was held in the state of Massachusetts in 1780. After that, other North American states began holding referenda in order to approve or alter their constitutions.

The Constitution of South Dakota was the first in the USA to give voters the option of referenda in 1896. By the beginning of the 20th century, referenda and the initiatives had been approved in the constitutions of 21 states of the USA and in the statutes of more than 100 cities throughout the country.

In 1804, French constitutional law provided for the holding of so-called plebiscitary referenda, meant to condemn the policy of a certain public official.

Since 1848, a total of 521 referenda at federal level have been held in Switzerland. In 216 cases, the subject of voting was revision of the Constitution, in 148 cases – the passing of a bill or adopting of some treaty.

According to Swiss Constitutional Law, 100 000 citizens can initiate a full or partial revision of the Federal Constitution, putting the corresponding issue to referendum. (Article 139) Since the end of the 19th century, such popular initiative has been launched more than 200 times. In 159 cases the initiative has been put to referenda, and in 14 cases the population have supported the decision.

There are two options for launching an initiative to revise the Constitution in the form of general proposal:

Referenda as the popular veto and expressing distrust

The subject of aforementioned referenda is an issue of full or partial abolition of some law (or act), or the dissolution of parliament.

For example, after the approval of some law in the Parliament of Switzerland, there are 100 days during which unsatisfied citizens can organize a referendum about the abolition of that law. It is possible at the request of 50 000 voters (1 %) or eight cantons.

Out of all the legislative acts of the Swiss parliament, 6-7% of the laws are put to referenda.

Since 1848, the said procedure has been applied on about 100 occasions at the national scale, and in roughly one third of the instances, voting has resulted in the abolition of the laws by a majority of votes.

The dissolution of parliaments as the result of popular voting is provided for in some German Lands. For example, in Baden-Wurttemberg parliament can be dissolved by means of referenda, which must be initiated by 200 000 voters, this instrument having been applied in 1971. In Bavaria, you have to collect 1 million signatures to initiate such a referendum.

In Switzerland approval or modification of federal laws, federal decisions, and international legal treaties are possible at citizens’ request.

For this, it is necessary to collect 100 000 signatures (2,5% of the electorate) during eighteen months or to have the cantons’ request. Approximately one out of ten proposals put to referendum results in a favorable outcome.

Compulsory coordination of the policy decisions with the people

In Switzerland, it is obligatory that the policy decisions are put to referenda – for example, membership of some international organizations, treaties, unions and so on.

For example, the country became a member of the UNO (founded in 1945) only in 2002, because in 1986 75,7% of Swiss citizens who voted at the referendum, voted against the country joining the UNO.

In Ukraine Yanukovych’s refusal to join the EU resulted in revolution and Maidan. Would the result be the same if it happened in Switzerland?

In Ukraine there has never been a referendum held due to popular initiative.

The first national referendum in Ukraine was held on December 1st, 1991.

Then 28 000 000 of voters (that being more than 90%) had supported the Independence Declaration Act. It was the only popular referendum, which had legal consequences.

The second national referendum in Ukraine was held on April 16th, 2000. The was initiated by President Leonid Kuchma.

The Bulletin contained issues about the abolition of deputies’ immunity, which had been supported by 89% of citizens, as well as about reducing the number of deputies to 300, the latter issue having been voted for by 89,91% of Ukrainians.

The Verhovna Rada (Ukrainian Parliament) had not implemented the results.

In November 2012, the Law ”About the National referendum of Ukraine” was adopted, which only reduced the possibilities of direct popular authority application. According to that Law:

The present law about referenda technically allows creating and adopting laws outside Parliament, but does not define procedure.

At the moment, it is not defined who should transmit the popular bill for registration and collection of signatures for it to be put to referendum, as well to whom and how it should be transmitted (the popular bills of the Constitution of Ukraine are also concerned).

It is obvious that the Ukrainian government has done everything to prevent people from initiating referenda, making decisions regarding fundamental issues of the development of the country or legally removing discredited officials from their positions.

The obstacles are laid in quotas, numbers and terms of signatures’ collection, the procedures of registration and approval of documents, the necessity of government confirming the results of the referenda and the non-imperativeness of such results.

Today the deliberate prevention of people from managing their own lives will be eliminated for good. Ukraine needs

profound changes in the Constitution and legislation to give direct authority to the people.

Coordinator of the discussion club KOLO, the initiator of The Charter of the Future project.

Future education is not a system, but the autonomy of children Yuri Chudnovskiy: nowadays, big money is made by brains, not hands