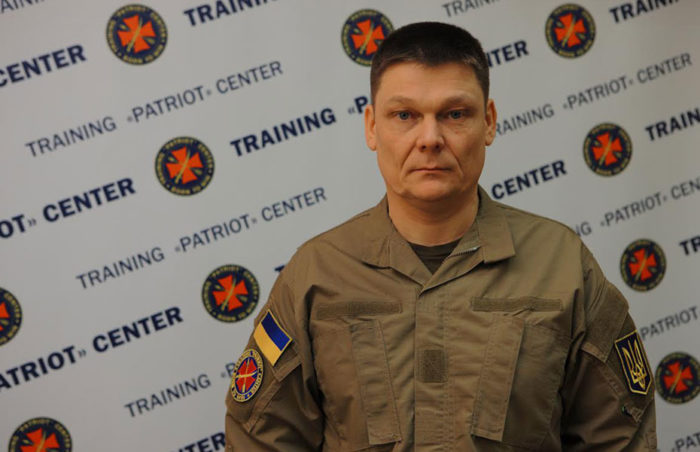 The right to disagreement and, consequently, to protest is one of these rights. A person has a right not to agree with the circumstances and conditions that surround them, they have a right to oppose any pressure and to demand fulfilment of agreements. All this refers to both everyday situations like purchasing goods and services, relationships with other people, hiring, and socio-political events.

This also means that we can accept or reject any group which has some authority – we do have a right to that.

The Constitution of Ukraine declares that people are the only source of power in our state. At the same time, the Law introduces certain limits trying to restrain this “source of power.”

The primary threat to our national security is not Russia
For instance, laws of the country specify terms of office for elected officials, as well as the terms of “immunity” for many public officials: the first one hundred days of service, the first year of service, etc. There is no procedure that would allow the electorate to recall or dismiss most senior officials, even in theory. Can we dismiss our president before the appointed time per the Constitution? No, we can not. Even the Parliament is unable to do it. In accordance with the Constitution, can we dismiss our prime-minister and a head of a state corporation, or change the Chairman of the Rada? No, we can not do it either. Even if there are 46 million people to one.

At first glance, it is easy to justify this regulation: “let the man work and you will see the outcome in a month (half a year, a year).” I, personally, have never noticed any positive results after such promises. I often hear instead: “Oh, you should have dismissed him/her earlier!”

Unprofessional and dishonourable people continue to hold key offices for months and years due to this trick. Then they slightly reshuffle the personnel deck and repeat again the invocation about “the terms of office.” Do you remember how many controversies we have witnessed recently? How many of them had any consequences? Does the person who involved in a controversy have the moral right to hold his/her position for any period? No, they don’t, in a civilized society, at least. Moreover, the recent example of Italy shows that you do not even need a controversy to occur – the Prime Minister had left his post just because his constitutional reform project found no support. They do not trust you – why should you be keeping your office? Moreover, let us remember another scandal in Germany when the Minister of Education was suspected of plagiarism – and she quit. Therefore, in the civilized society, not only certain political issues but also something that we consider “insignificant” is a ground for the resignation of a public official from their office.

To send in untrained people to war is to betray them

There is nothing surprising about it! The person involved in a controversy is in an extremely unstable position. They may be influenced by external forces, and they most certainly will. In its turn, it may be a security threat to the whole society.

As already stated above, both common logic and our human rights prove the necessity of another kind of relationships with so-called “state management”. There are merely no reasons to tolerate non-professionals, thieves, and ignorant people holding senior positions. If a state official or an elected representative is a manager hired by the people, the procedure of their dismissal should not be more complicated than the procedure of managerial dismissal: two weeks, and you are free if there are no restrictions per the law. We may also pay some allowance for a couple of months – just do quit the state position. Undoubtedly, no one strips a state official of their right to defend their honour in accordance with the terms and conditions provided by the law (for instance, in court), but at the same time, no one can deprive us of our right to dictate our requirements to the authorities.

Many of our politicians and Cabinet members have come into the office from the business. They surely know that employers, “the source of power”, do not tolerate any employee who has failed in their duties: both money, reputation, and jobs of the whole team are at stake.

On-Line Training for Military Instructors – a Panacea for Ukraine
If an official is our representative, they should not dare continue working for another day, as they do not represent anybody, de facto having lost the trust mandate. If they are a reformer of genius with unpopular ideas, they will not remain in office long enough without the understanding and support of at least a part of the population, whatever are their views. They should be ready to quit as soon as they carry out the necessary and unpopular reforms. Although, it must be done consciously. As here we are speaking about service, and this is their conscious decision.

The elected or appointed representative of the elite, in case they have lost favour or lead the country in a wrong direction, should quit fast and easy: they should not turn their dismissal into a reason for a society split (as it was in the days of Yanukovych), ensuring efficient change of authority and a painless delegation of powers.

We should certainly dismiss no public representative after a paid publication in the media or a demonstration held by 50 goons. One needs a strictly stipulated procedure, a clearly defined number of those unsatisfied, to change the power. There may be various forms of such protest: signature collection, on-line petitions … Finally, street protest. Why not? The right to hold meetings and protests is one of the fundamental rights and freedoms of any person and citizen. (Sometimes, to be honest, a protest is a person’s responsibility).

A hired manager should not be motivated by the thoughts of their eternal power. Unfortunately, many “rulers” often understand their authority delegated by the people as if they were granted by God. Therefore, they do their best to keep their “property” engaging the power they have at their disposal, for instance, the law enforcement system. The latter, in its turn, is ready to embark on the most primitive of ways, obeying the orders that contradict the people’s interests. By any means, too.

A peaceful protest, as we have already understood, is a natural right of any person. Therefore, it cannot be a threat to national security at the same time. Unfortunately, our authorities and law enforcement officials do not always understand this simple truth, and any large-scale protest is perceived by our authorities as a catastrophe, a coup attempt, or at least “rocking the boat”.

I am convinced at something else. Neither protests nor fast change of power is a real national security threat; in 2004, we witnessed an obvious case when a state could function without any president and any transfer of affairs from before new ministers. It is the absence of a full-fledged mechanism for pre-term change of power that is a real threat to national security. Therefore, any event of unrest can provoke a situation when authorities fight against their own people or even external aggression. The people, displeased with their government, are forced either to directly oppose the state system or to humbly wait for another election or coalition reformatting, loosing their development potential, hope for economic welfare increase, etc. Even if senior positions are held by outright mediocrities and criminals. Even if there are no strong arguments, why can’t we change the power here and now, as soon as it has lost our favour, without referring to bloodshed and shouting?

Law enforcement officials should play another, more honourable role in the considered system of fast change of power, as opposed to the role the authority’s meat shield. The people in uniform should:

ensure security of protesters, as well as the security of other people, who do not participate in the protest;
act as mediators for every concerned party;
watch the spirit of protests (no paid goons and “paper cut-outs”, no fake campaigns, disabling foreign players from getting involved in these processes, etc.)
ensure transfer of power from the previous government to the new one without any occurrences, chaos, or anarchy.
I am sure these forms of change of power will be approved in our country. They will become one of the cornerstones in the establishment of a real national security system. As the absence of internal conflict is one of the main components of a balanced system.

Yuri Chudnovskiy: nowadays, big money is made by brains, not hands The Charter of the Future: society is not satisfied by The Present