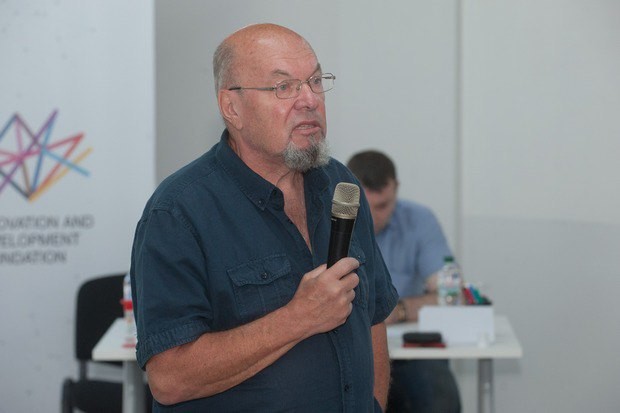 It is necessary to choose a model of the Future, which will unite civil society – is believed in “The Charter of the Future”

On September 20, a two-day strategic futuristic session of the social platform “TCharter of the Future” was opened. At the event, different concepts of Ukraine of the Future in the global world were presented. The purpose of the session was to form the basis for a common future, which later will become a platform for programs and projects for the re-establishment of Ukraine.

The country needs real ideas of change that can inspire the most active social groups. The building of Future depends on those who can agree on the principles of interaction and choose the future model that will unite civil society

said one of the initiators of the social platform ” The Charter of the Future “, the head of the International Project ” Training Center “PATRIOT”, Kostiantin Parshyn.

The first day became an exhibition of visions, where “pictures of future Ukraine” were presented. Co-founder of the public project Foundation for Future, one of the initiators of the Charter, Yurii Chudnovskyi opened the session, asking to put questions to participants, presenting the models of Ukraine of the Future. The questions turned out to be eternal: what is Ukraine and Ukrainians? What are we and how much time is left until the moment when the subject of dialogue disappears?

Unfortunately, the sarcasm of the last question is not without reason. Many participants of the session agreed that without a change there is no the future for the country. According to Serhii Haidai – after Maidan, the public request was aimed at changes, while the result is more like the preservation of the system’s shortcomings. According to one of the initiators of the platform, the doctor of cultural studies, co-founder of the public project Foundation for Future, Volodymyr Nikitin, – today it is necessary to overcome the perception of the state as a restrictor, minimize its role and stop identifying the state with the country.

Philosopher Taras Bebeshko, presenting his conception of Ukraine of the Future, spoke on the importance of the Non-domination principle, which presupposes a conscious refusal to dominate any relationship, which, nonetheless, does not imply absolute tolerance. All presented concepts were consistent, which meets the main principle of “The Charter of the Future” – the principle of diversity and complementarity.

This is the principle of the Trinity, a consciousness that can work with different ones, without killing any element

said Nikitin. According to Andrii Kashpur, – the “regime of God” works with simultaneous realization of three components: dreams, thinking and actions.

Oleksii Zhmerenetskyi, one of the initiators of the platform, presented the Future Ukraine model based on the Public Agreement, in which the maximum of legal relations are contractual, and functions of the state are replaced by automated procedures, project offices and direct participation of citizens in development of the country’s landmarks. The model of representative democracy does not work – is believed in “The Charter of the Future”. Therefore, it must be replaced by a new social contract.

We have already united a strong expertise, to which the most progressive minds of Ukraine are attached. We saw different concepts of Ukraine of the Future and presented an institutional model in which there is a room for freedom and the realization of multiplicity. We were convinced that none of the proposed concepts conflict with the principles of The Charter of the Future

FAQ about the organization

Cornerstone of National Security System Step into Difference. Way for Ukraine to Control its Future