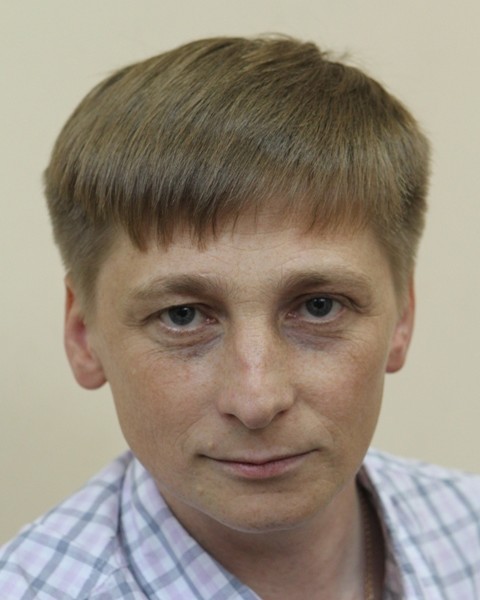 Tags : Ukraine of the future

Recent three years in Ukraine was doing a lot as a way to swing into the moving train called «EU» of future. Were pattering approaches , processes, realizing reforms. Also were attempts to define visions of Ukraine. But all of this processes did not respond to a question : « Which variants has Ukraine for future? And in which future the Ukrainians is interested in ?» . In this Labyrinth of Ukraine”s future those who were trying to work towards such way definitely met Minotaur or in case of Ukraine – Minotaurs.
Even so does Ukraine have its own future? We stand at the parting of the ways and to make right decision in choosing way ,we have to constitute on something. Once only predictions do not worth a straw. As example Finland and its parliamentary committee which has been predicting more than twenty years and helped reform country at the crossways. In Ukraine there were such attempts to create structure of this kind. (Interim commission of Ukrainian parliament in the domain of future). All consequences of this commission were working at the most year. Ukraine , getting into labyrinth of future with a lot of prospectives ways of development, including positives ,met Minotaurs which gulp down any rudiments on his way for the sake of preservation old. Why in Ukraine the last commission in the dominant of future was existing only a year and what prevents for future of our country ?

Retrad in future of Ukraine

The first attempt of creating commission of future was dated in 2003. Then in the lead of commission was Igor Yukhnovsky – Ukrainian political leader and public person, presidium member of NASU , academician of NASU (1982), doctor of physico-mathematical sciences. As a result of commission”s activity , was published «Development strategy of Ukraine», in which the most important aim is quality increase of life for every citizen. Has been noted that quality increase of life is possible by applying human capital widening ,creation middle stratum of society,through careful attitude to natural resource, environmental protection, economic development at the cost of innovative model building and financing innovative adoptions formation knowledge society and of course on the basis of getting EU membership by Ukraine.
The main accent was done on innovation. Knowledge society in interpretation by Igor Yukhnovsky is marked by high level of culture, erudition and democracy,to have proper expression at market of ideas , scientific research results, advanced technology products ,are based on worldwide informatization. It should seem that with such strategy we had good prospects of success ,but in 2006 the commission ceased to exist and the strategy has not been realized.
One more attempt for creation such commission was launched in 2013 and again – failure. Deputies did not support an initiative. In May in the year 2015 with enormous pomp was formed one more temporary commission of Ukrainian parliament in the domain of future at the head deputy – Alexey Skripnik ,parliamentary party «Samopomych».
Commission had a goal as to form communication linkages between deputies, specialist, scientist and members of civil society. For a year of exist ,Ukrainian commission was giving seminars, educative forum ,a line of vision sessions with expert platform «New country» parliamentary hearing. For a year, during report about committee work at the meeting of Ukrainian parliament, Alexey Skripnik gave a summary : « We counted that totally at events organized by commission have taken part more than 100 speakers , 100 participants and number of on -line viewing is near 800.»
After report for the vote was offered passage status from «temporary» to «constant». Practically all of parliamentary parties by way of voting supported this proposition. Alexey Skripnik offered to meet with leaders of Ukrainian parliament because «without budget this deal is impossible». Later on print press was announced that temporary commission ceased to exist.
On the same occasion during his report Alexey Skripnik said : « We also deal with tactical questions . We do not get to operative cycle ,no to speak of strategic».
Again on the Labyrinth of Ukraine”s future at the crossways of government institution was met not a mythic Minotaur.
Existed elite political class aimed a part of their efforts at solution private not at strategic roles. This is the first Minotaur of Labyrinth. The Second one is a tradition to take on a case without determination a gole,terms ,roles and potential results. Then aim is attempt to answer for future calls, which are prescribed by modern trends. This means to find possible ways-out from Labyrinth, create a picture of future of Ukraine (as example it was done in Finland ,Germany and in other countries).

Valery Pekar, cofounder of social platform «New country»
A goal of exist such type of commission – accounting long term tendencies and calls at work of legislative organ. This idea came to us from Northland ,from nations which are the most interested in future.
A Commission , in fact , did not form ,did not work ,because deputies were not interested in. But to be honest were realized four good conferences «Future Ukraine» dedicated to economic ,safety , human capital.

Yuriy Chudnovsky – cofounder of social platform «Charter of future», director of institute of Architecture ,Urban Studies and regional development.
«A Commission of Ukrainian parliament laid claim to its activity. The first one: The biggest problem is that this commission of organization future Of Ukraine has not consumers. Whatever commission does – results send nowhere. At the second commission did not self-identified in relation to Ukraine, did not form own vision , strategy of cooperation with country. So the result is logical. After few meetings and conference a commission ceased to exist as unnecessary and unproductive structure. Ukraine has to realize that with future must deal with. This activity is important not for future generation but for nowadays. Vision which will be formed has to realized nowadays. This means variations of manner of social structure which could be guided by vision for future so that making right decisions nowadays. State machinery is constant and is stuck on oneself as to do such revolution. Solution of a problem more likely will find society , expert community and will suggest original vision ,leaving only two demands for government : supply of resources for such activity and dynamic orientation for variations vision of the future.

Previous persons of Ukrainian temporary commission in the domain of future said and constitute on Finland. In Wikipedia this structure is described : «The Finnish Committrr fof the Futured was established in 1993 as temporary and since 2002 has been working permanently. In contrast to other 16 legislative committees, Committee for Future does not domain legislative initiative and does not have a right to write limiting brief instructions on legislative offers of government. His authority includes learning a lots of topics of future, their discussion on parliament sessions, organization colloquiums for parliamentarians ,active cooperation with MMO. In description of parliament of Finland also are written a few lines about Committee in the domain of future development (The Finnish Committee for the Future) : « Questions ,applying to factors on development in future and development patterns, expert work connecting with learning future and also point of development of technologies and their impacts on society». The main goal of activity of Committee is predicting future and contribution materialisation ideas for better changes in Finnic society.
Knowledge-based economy realized in Finland is balanced set of elements . If something inhibit the economic growth of country it is not certainly lack of technology infrastructure or qualified engineers. With such success it can be lack of enterprisers or economic initiatives. Speciality of case of Finland is untypical model of industrial passage from resource orientation to high technologies and IST. Therewith origin of Knowledge-based economy of Finland has roots in connect «consumer- producer» between timber companies by way of first consumers of high technologies and appearing machine builders ,electrical engineering and branches of IST . For economic success specified social and institutional innovations are as important as technologic. During near two decades competent management and low level of corruption were involved in idea of Knowledge-based economy of Finland. One of the examples of institutional innovations is Committee for the Future- constant Committee by parliament which has to predict needs of knowledge-based economy for preservation its vitality.
Range of work questions are wide from education and gender equity to genetic engineering and renewable energy sector .Committee actually does not draft a bill but one of objects is initiation for discussing in others committees . Representatives of Committee pay attention to parliament of Finland on actual questions of future development of country and if it is necessary to coordinate again created project committees. According to opinions of members of Committee they «have to think about future predicting which laws should be enacted for five, ten and fifteen years» .
One more important part of activity of Committee is the pursuance of the research and preparation analytical reports. The most important of them is report about future which is published every four years and includes points of technological parameter, economic and social development and their probable impact on life of country in future. « Committee of future is the most independence committee in the Parliament in Finland. His members singly determine operation mode themes and periodicity of meetings. Such liberty according to parliamentarians of Finland allow develop creativity and vision brainwork – are very important items in future planning.» – members of Commission said about it while visiting Ukraine. Experiment of Finland and communications with members of Commission in 2016 did not give an impetus to develop this way in Ukrainians parliamentarian.

German formalism and future of Germany

Such ways unite 21 important indices and 38 aims and their realizing represent in corresponding reports.
Reports about realizing a strategy are published regularly : German Federal Office of Statistics publishes report about status of indices of steady progression every other year Federal Government publishes report about realizing The Strategy quadrennially. Consumers of this product are specialists from education sector ,business, politics and state institution.

During 3 years we have been speaking that we have new opportunities. It is only necessary to move towards needful direction. Society and government due to united efforts implement reforms. But as a practice shown a lack of strategical prediction or vision for future for decade in the future did not make it possible to make right step in changing a country. A country at the beginning needed a map of predictions.
In the domain of future of Ukraine now are working several groups. «New country» Valery Pekar, Ukrainian Institute Of future (2016) Foundation for Future led by Vladimir Nikitin and Yuri Chudnovsky (2011) «Inshi» (2016) ,Charter of future (2016) and a range of other independent specialists. During dialogue to a report Yuri Chudnovsky reported of creation mew group of specialists of independent Commission in domain of future within the confines of platform « Concordia». Regular activity is produced by Ukrainian Institute of future , philosopher Sergei Datsyuk, expert Taras Bebeshko and Alexei Zhmerenetsky (« Charter of future») , named persons systematically reflect on the topic of the future. But during this process we do not see any moves of Government . And this results practice shown not even for last three years but during all period of independence. In domain of future society can be responsible for. In the future we will meet the last struggle betweem Ukrainian Theseuses and Minotaurs of The Labyrinth of Ukraine”s future so that the most interesting is ahead.