Reason for the Other 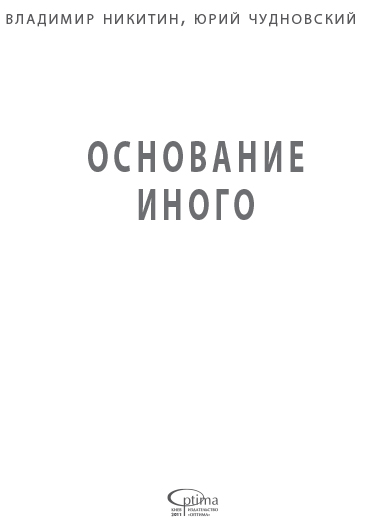 The human world has been changing faster and faster.
The world of a rapid change is not like the slow world, in which time is also different. The fast time is the difficult time. In the slow world, acceleration is associated with simplification, and in the fast one – with complication.
The technological explosion has set the pace of change, but could not become its essence and meaning. It is ridiculous to comprehend and use the concepts, goals and values of the slow world. This will lead to its destruction, but not to the creation of another fast world.

The space of life and activity of people both become more complicated and increasingly discrete and non-homogeneous, incarnating in new cities, communication networks, global resettlement. An individual can no longer be a point of reference.
Ideas of anthropocentrism, humanism and individualism are replaced by a different form of understanding the connectivity of the whole
humanity, other forms of sociality. Civilizations, countries and cultures can no longer claim
the role of the whole. The fast world did not abolish the slow world, like physics of
Einstein did not abolish Newton’s physics, but did its particular case. Dynamic by principle world of Christianity did not abolish the slow one,
to the immobility of meanings and the pace of life, the world of Buddhism.

The fast world is not better or worse than the immovable world – it had just formed, and with this understanding we must live and work. With the discovery of the fast world, the human world became more difficult, because it is necessary to take into account the existence of
different worlds and organize their interaction. The fast world is characterized not by the trend of quantities change, but leaps of meanings.
The processes that we traditionally think to be consistent now should be thought and organized in parallel.
The fast world is not described by forecasts. The isolation of forms and meaning of leaps is an instrument of its self-organization and forms of correlation with the slow world.
“For … – the method of positing such leaps in the space of design intentions, then – the implementation of the project will and the foundation of what lies beyond existing.