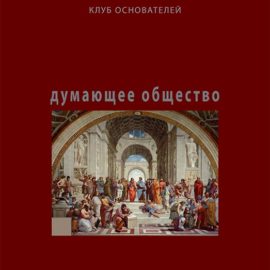 … We have bypassed many major politicians, officials and oligarchs with proposals to explore the Present and take steps towards the Future. No one objected, everyone approved such an activity, understood its necessity, but different reasons were not ready for real interaction: “Now – it is difficult time, we will solve its problems, and then we will deal with the future. Please understand, there is a battle, you need to bring shells, and not make plans. «But there will always be some urgent problems, always the decision-makers by their will or against it, will be dragged into that or another “battle” – under any circumstances, people react primarily to specific momentary threats, and there will be never enough time for the Future.

We realized that nobody needs the Future – everyone wants to improve their situation in the present.
Then we decided that we will deal with it by ourselves. Saint Petersburg citizens had their own work and organization, such as “Knowledge Reactor” and “Ontological Workbench”, while the Kyiv Discussion Club of Amateurs was functioning and the “FFF – Foundation For Future” project has already begun.