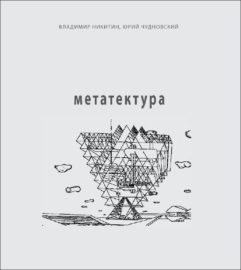 We are the architects. The last couple of decades has left the professional community and its worries and has engaged in many other things – methodology, culture, management, cities, education … But architecture does not let go. We realized that we are thinking and seeing the world exactly as the architects, and everything we studied was viewed from there. And we have the conviction that architecture is much broader than it is commonly believed to be – it is a special way of thinking and comprehending the world, and identifying it with construction is only a historical stage of its existence. And today it becomes urgent to realize this and create new practices for architecture. Then there are many new questions for architectural thought – about
its essence, languages, borders, about relations with technology and history, with the city and design…

Perhaps architecture does not have a history, understood as a progress, based on the development of new and increasingly powerful building technologies.
Ancient or Gothic masters created the high architecture, in no way
not inferior to the creations of no less than the great masters of our time. So
and in poetry – Sappho is not surpassed by Akhmatova – they are different and equal in space of living culture.
And Vitruvius understood something so profound and important that he did not lose the meaning
and significance for us and, we hope, for our descendants.
But architecture was always very reflective and many times returned to rethinking its foundations and tools.
There are three streams in the discussion of architecture and city:
Manifestation of the divine principle and it is necessary to comprehend it.
A natural object and it must be transformed according to scientific laws.
The human world and it must be arranged.
And all three streams co-exist at the same time, but are variously emphasized and manifested in different epochs.

We can talk about the genesis of the architectural culture, the process of deploying its potencies, but you can also think about unexplained breaks with the tradition and creative discoveries of Gothic or modern masters. Architecture expresses time and creates it, and this is stronger than traditions and stories.
So today the new world is being created, and the architects will either be able to support and express, or lose their future to technology and design. The millennia of existing architecture do not guarantee that it will not be interrupted.
Efforts are needed to express the new heaven and the new earth and create future humanity. Such pretentious words correspond to the acuteness of the situation of change and the scale of intellectual tension, in order to break away from the habitual one and ask for Other one. Too much things hinder a different view, many books are written and many dissertations are approved, many officials are looking after observance of what is usually considered a norm …
We write about the changes in understanding of architecture, about the shift in the emphasis on theory and language from an individual structure and its ensembles to style, form, space, environment, and today – to states of time and creating emptiness.
We affirm the fundamental difference between architectural thinking and vision from scientific, engineering and other basic forms of thinking about the world and we offer the concept of metatexture as a form of different, broader understanding essence and practice of architecture.

We are trying to see the city as a game and communication of many entities, manifested in it and through it, continuing and developing ideas about the Genius of the place, the spirit of time and much more else, that does not capture a purely utilitarian view of the city as a machine of organizing functions.
We develop different typology of the city and point to new tools of dealing with it.
We try to state this in the texts below. These texts, basically, represent the records of the reports at our seminars, fragments of correspondence and individual articles. It is a collection with a mosaic and repetition inherent in this genre, but we hope that the main directions of our efforts – to understand the changes and problems, to fix the emergence of new questions about the essence of architecture and city – we are manifested it.